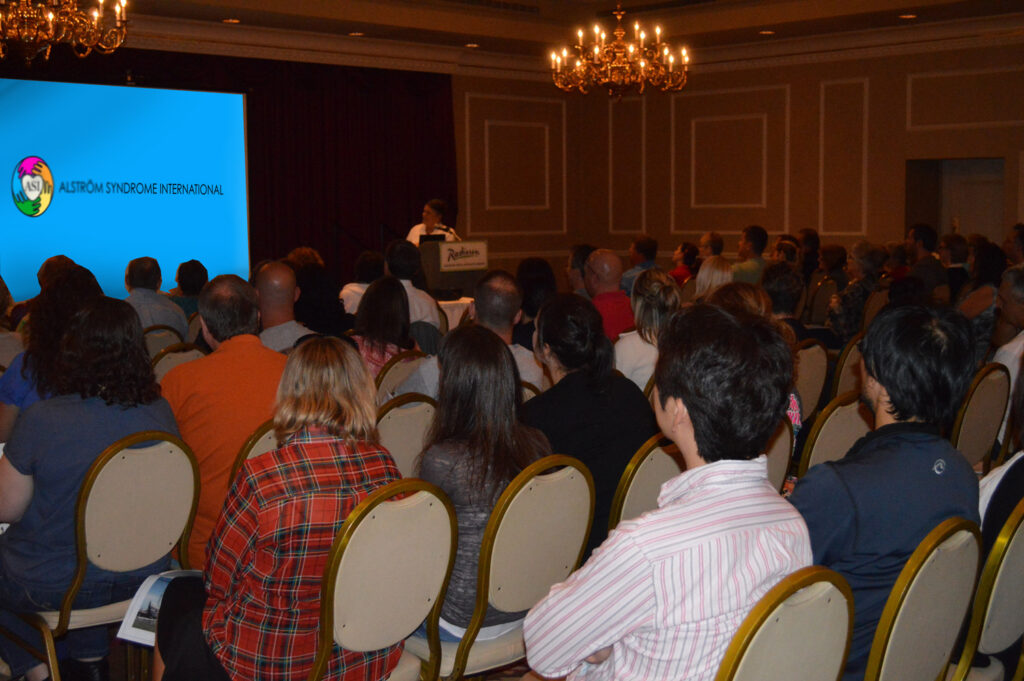 Lubbock family turns a devastating diagnosis into a West Texas-sized lake for research.

LUBBOCK, Texas – Jan. 25, 2013 – What if your child was the 780th person in the world to be diagnosed with a rare, life threatening disease?  One Lubbock family knows exactly how to answer this question; you make a lake.

“When we received the diagnosis of Alström Syndrome, our family had to make a decision,” said Bryce’s mom.  “We could either be devastated and give in to the disease, or do something good with this terrible thing that has taken hold of our daughter.  We decided to make a lake.”

Alström Syndrome is one of the rarest diseases in the world.  Worldwide there have only been 781 cases of the Syndrome documented in medical history.   The 780th case is a 4-year old little girl, right here in Lubbock, TX.  Her name is Bryce.

Alström Syndrome is a genetic disease that affects children by causing complete blindness, deafness, type 2 diabetes, dilated cardiomyopathy, congestive heart failure, COPD, and kidney and liver failure.  It is one of the most brutal diseases there is, as it touches every organ in the body.  Most children are lost in their late teens and early twenties due to these medical complications.

Because of the rarity of Alström Syndrome, Alström Syndrome International (ASI), the non-profit charity that researches the rare disease and provides support to families around the world whose children suffer from the syndrome, does not receive grant funding like other organizations that research more well-known diseases.    The majority of funds received by ASI come from community support and private donations.  In fact, many Lubbock citizens make more in their annual salary than ASI receives each year to conduct medical research, provide family support for those affected, and offer educational training for the doctors treating Alström patients.  The funding is so meager that ASI adopted the slogan; Drop by drop we make a lake.  Every penny is a drop.  Eventually, we will be able to make a lake.

When Bryce’s family learned about the lack of funding for Alström Syndrome, they decided to take their devastation from this diagnosis and turn it into West Texas-sized drops to fill the Alström Syndrome “lake”.   With their mission came Alström Angels, a volunteer organization dedicated to raising funds for Alström Syndrome research and increasing awareness of the rare disease.

On February 16, 2013, Bryce’s family will be hosting the first Alström Angels Benefit Dinner with a goal to raise $30,000 for medical research and family support.  With the help of West Texas communities, Bryce’s family has already raised $21,700 through business sponsorships of the Benefit and retail product donations for the auctions.

“The amount of support we have received from Lubbock and the surrounding communities has been unbelievable,” said Bryce’s dad.   “Our goal now is to continue to fill the lake, to the point it overflows.”

The Alström Angels Benefit Dinner will be held on February 16, 2013, at Inside Four Bar K in Lubbock.  The Benefit will include a BBQ dinner, four live bands, two raffle drawings, and a silent and live auction, and is open for anyone to attend.